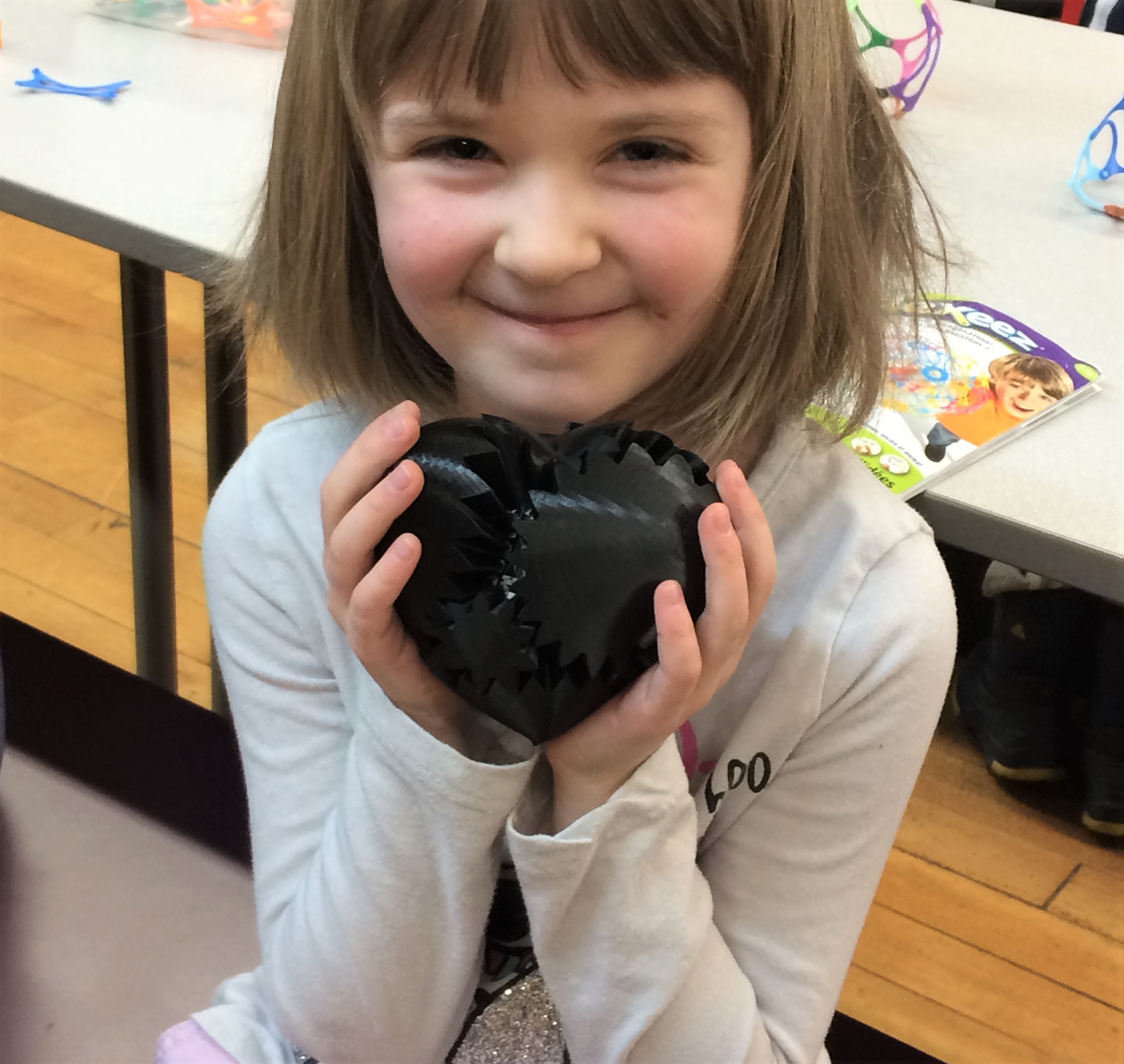 Analiese has been a prolific artist and scientist since a very early age. She prefers to explore her creative side and watching her ideas go from conception to art. She enjoys working with multiple mediums. She loves producing sculptures, drawings, crafts of all kinds, and painting. Once she gets started on a project, she spends hours or days working on it, and in many cases she makes several versions of her creations until she has accumulated a great body of work.

Analiese has enjoyed her time at PPL’s PVD Young Maker space immensely and has loved bonding with her mentors. When she first discovered she could earn a badge for learning about sewing machines, she earnestly began work on the sewing badge; learning how to thread the machine, re-thread and reload the bobbin, change needles, and use materials efficiently. Through PVD-Maker, she learned how to make decorative pillows and has made many since she began, each with their own artistic flare. Adding pillow designing to her list of skills, sometimes she adds buttons or decorations on top, different filling materials, or laminate stickers.

Another project she has worked on at PVD-Maker space is creating pretend robots using re-used or recyclable materials. There is no limit to her creativity for making robots, and she has amassed 50+ robots. Recently, she has expressed interest in producing Youtube maker videos and her first video featured 20 of her completed robots. After that, she began making instructional videos for her Lego builds. She hopes to bring joy to people through her art and creations and she truly loves doing it.

This story is told by Ana’s mom Stephanie.