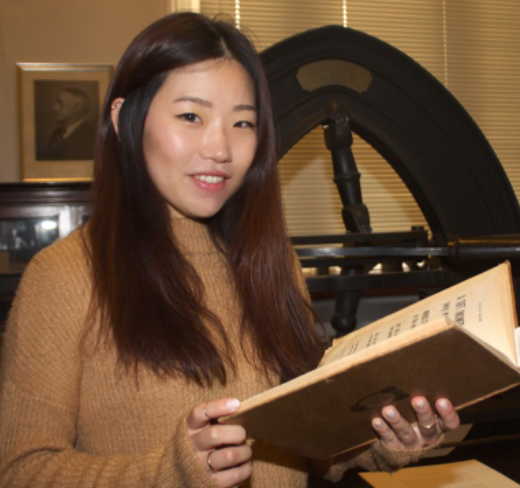 I was first introduced to the Daniel Berkeley Updike Collection on the History of Print as a Rhode Island School of Design MFA student in professor and designer Cyrus Highsmith’s typeface design class.  Ever since, I have found a seemingly endless source for conducting my meticulous research and extremely detailed work, first as a student and now as a professional type designer.

I came to the Library to do more research to prepare for an independent study and also attended a lecture at PPL by typographer and design historian Paul Shaw.  I am very detail oriented…probably to a somewhat obsessive degree, so I have spent many hours in the Special Collections department!  One thing led to another and I decided to enter the Library’s 2016 Updike Prize for Student Type contest.

I am currently working with Cyrus Highsmith in the Morisawa Providence Drawing Office, the Japanese company’s first United States-based design office established for developing Latin fonts for use in its expanding global market.

Research will always be integral to my work.  Innovation is important, but we need to know and respect the origins of typefaces.  Jordan (PPL’s Head Curator of Collections) is a huge help to me in finding what I need.  I’m fortunate and thrilled to have the Updike Collection so close at hand.  It is such a valuable resource.