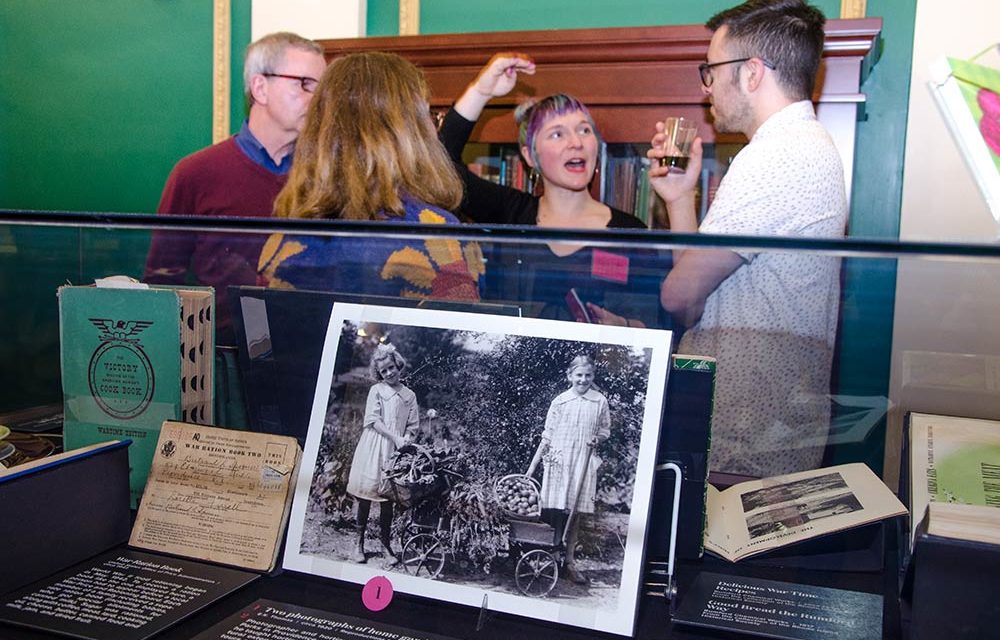 “Providence has received national acclaim as being one of the top culinary destinations in the United States,” said Providence Mayor Jorge Elorza. “A La Rhody highlights our city’s ethnic food traditions, critically-lauded restaurant community, and locally grown and produced foods – all of the things that land us at the top of travel and food publication lists.”

Rhode Island’s rich history will be told through the taste buds in 2017, as local cultural and tourism organizations have united to celebrate the Ocean State’s culinary traditions with a series of events, exhibitions and promotions. The yearlong effort, called A La Rhody, will use a variety of lenses to view that state’s love affair with all things edible.

“We encourage other cultural and community organizations to join our effort,” said Jack Martin, executive director of Providence Public Library. “Groups can submit their events via the portal on the A La Rhody website. Once approved, they will be added to the calendar and to our marketing efforts.”

Here are just a handful of events among the many planned throughout the calendar year:

PPL launches its new four-month exhibition “On the Table” with an event on Wednesday, March 1, at 5:30 p.m. A meal at a table anchors us to our daily lives. Rustic or grand, with family or with strangers, the routine – the traditions, the etiquette – roots us to the food and people who share a meal with us. PPL’s exhibition will examine changes in American foodways and dining culture through the lens of setting the table.

Loren Spears, executive director of the Tomaquag Museum, will give a talk and demonstration of the Rhode Island “Johnny Cake,” originally called a “journey cake” by RI’s indigenous tribes. Participants will hear about the indigenous origins of the “Johnny Cake,” how it’s evolved and witness a demonstration (and taste) of how it’s made. Tuesday, March 14, at 6 p.m.

The week-long event promotes the cultural and economic importance of the local quahog. As part of the festivities, local fishermen, restaurants, and other food businesses and partners will highlight Rhode Island’s wild shellfish harvest through special events, menu options, and other promotions. Launch Party Monday, March 20 at Save the Bay

RIHS and the Rhode Island Black Heritage Society present a program exploring the historic staple food traditions brought over from Africa by enslaved people, and how these food customs have evolved over the ages. Witness the difference between the origins of food as medicine and how it has transformed, in some ways, into something quite different. Tuesday, March 21, at 5:30 p.m.

From Seed to the Table: Beginning URI’s Master Gardening On Ramp

This multi-session series takes place from March through October and includes classes at both PPL and the Community Garden at Roger Williams Park.

All are invited to join fellow feasters at this first-time happening at Providence’s signature event. Friday, June 2, 5-8 p.m.

“This list is just a beginning. Groups will add programs as dates get closer, and we hope more organizations and businesses will be inspired to create new programs or share their tried and true events when they see what others are planning. But, our current programs offer a sampling of the many ways in which different groups and communities use the language of food to educate and provoke dialogue about topics as diverse as heritage, food insecurity, new technologies, and community building,” said C. Morgan Grefe, executive director of the RIHS.

“Food is such an intrinsic and intimate part of our lives that it was a natural way for us to come together, share our stories, and learn about each other and the world around us – just as we do when we share meal,” she added.

With its proximity to Narragansett Bay, its rich ethnic traditions, and its status as home to the flagship campus of the country’s largest culinary educator, Rhode Island has sealed its reputation as a top dining destination and foodie favorite. But the state’s farmers, chefs, kitchen staffs, innovators, restaurateurs, manufacturers, students, and festival-throwers (and -goers), aren’t sitting down to feast on the accolades. The hard work continues, and so does the fun.