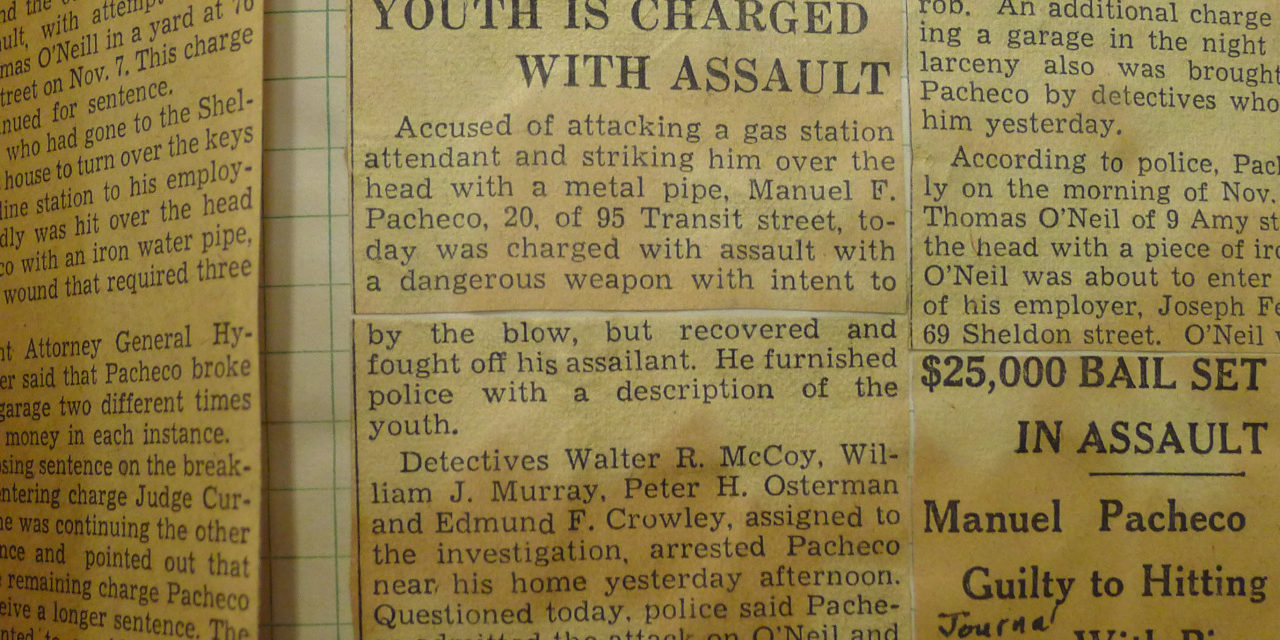 Oh My Goodness! This little book is the Holy Grail of Fox Point juvenile delinquency! This was where the Fox Point Boy’s Club recorded the trouble the kids in the neighborhood got into in the 1930s and 1940s. Shoplifting, back talk, towel stealing, robbery, assault, breaking and entering and darker/sadder stuff. It was salvaged from the Boys Club just prior to it’s demolition.

The club was a community institution anchoring kids from the largely working class Cape Verdean community. In the late 1960s/early 1970s the neighborhood was disrupted and scattered to make way for the new I-95 Highway and racist gentrification from neighboring Brown University shot the housing prices out of reach of the folks who lived there.

This book indexes a bunch of teens flailing against a Providence that wasn’t gonna give them a fair shake. Some were lashing out, some were trying to get paid, some were pretty scary dudes, some were just stealing shoe polish! Who hasn’t stolen some shoe polish! I’m so so so so so glad this exists! The kids documented in this book would be in there 80s/90s now! 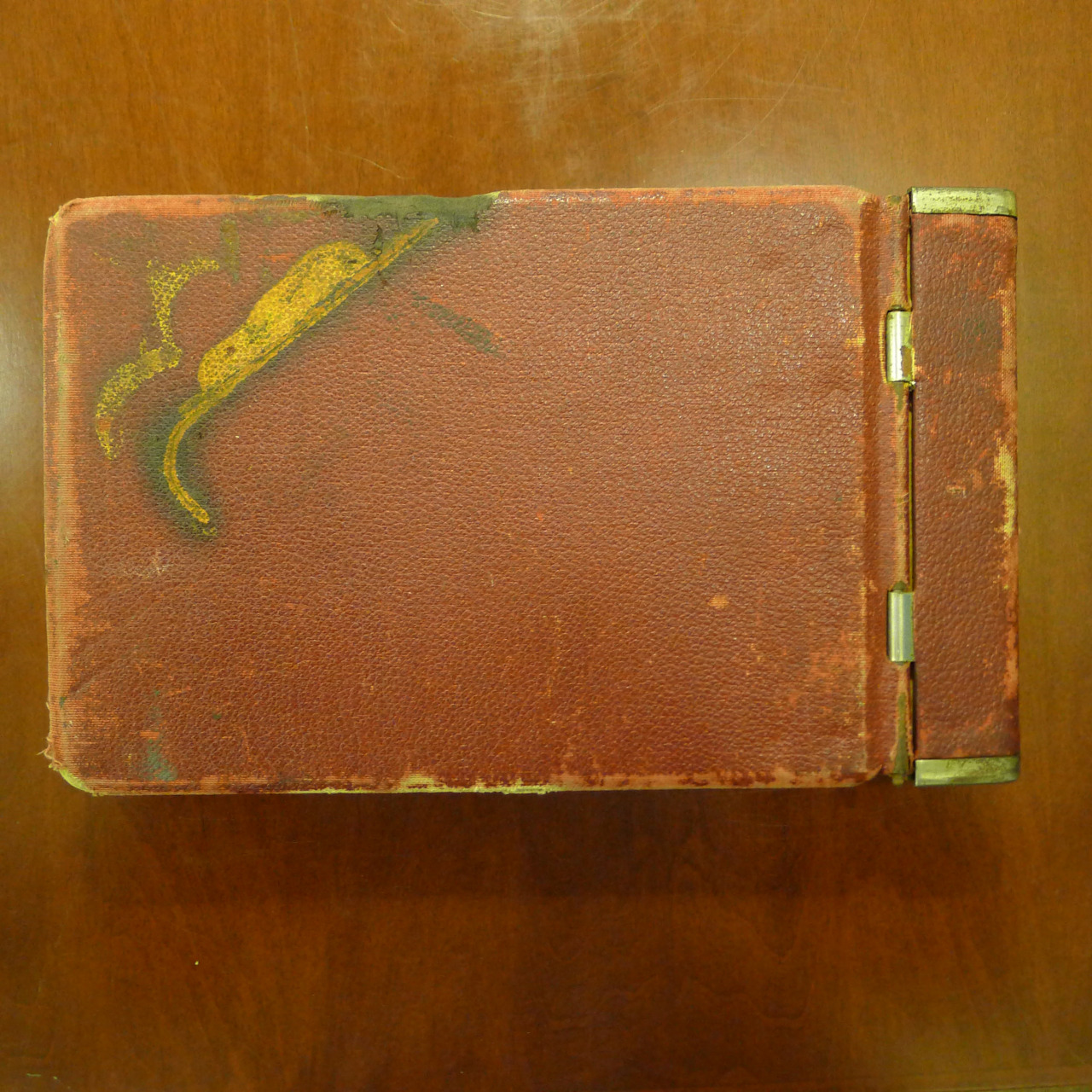 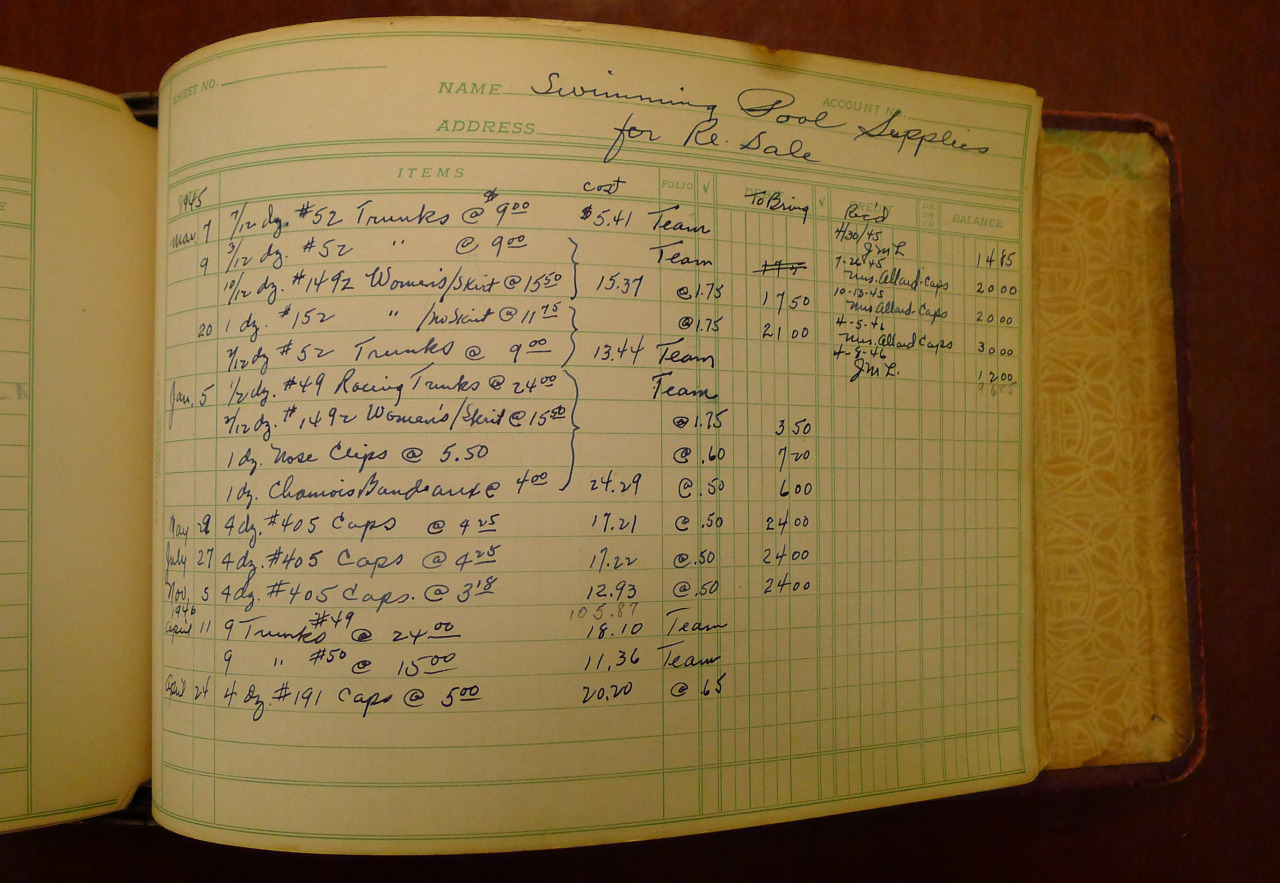 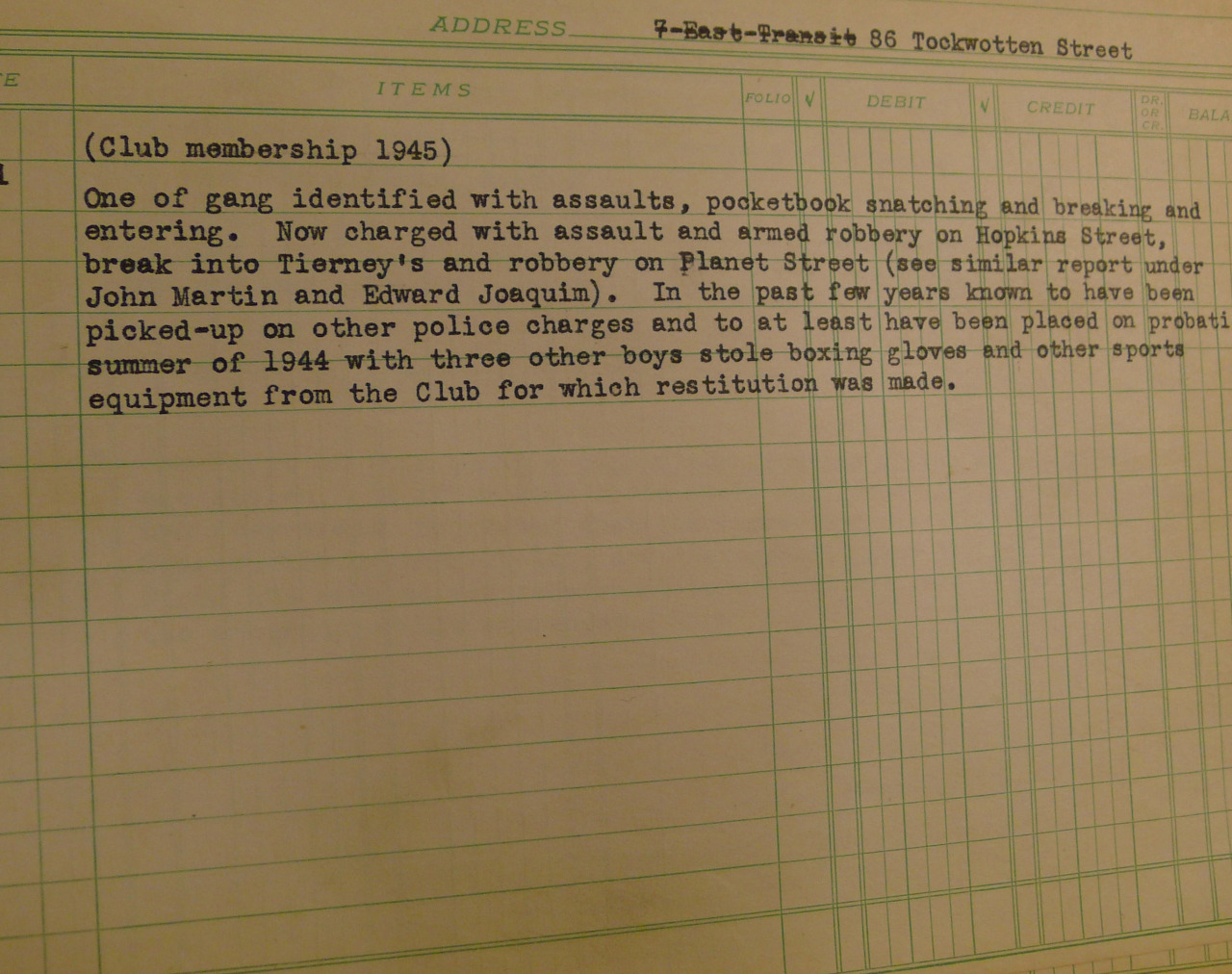 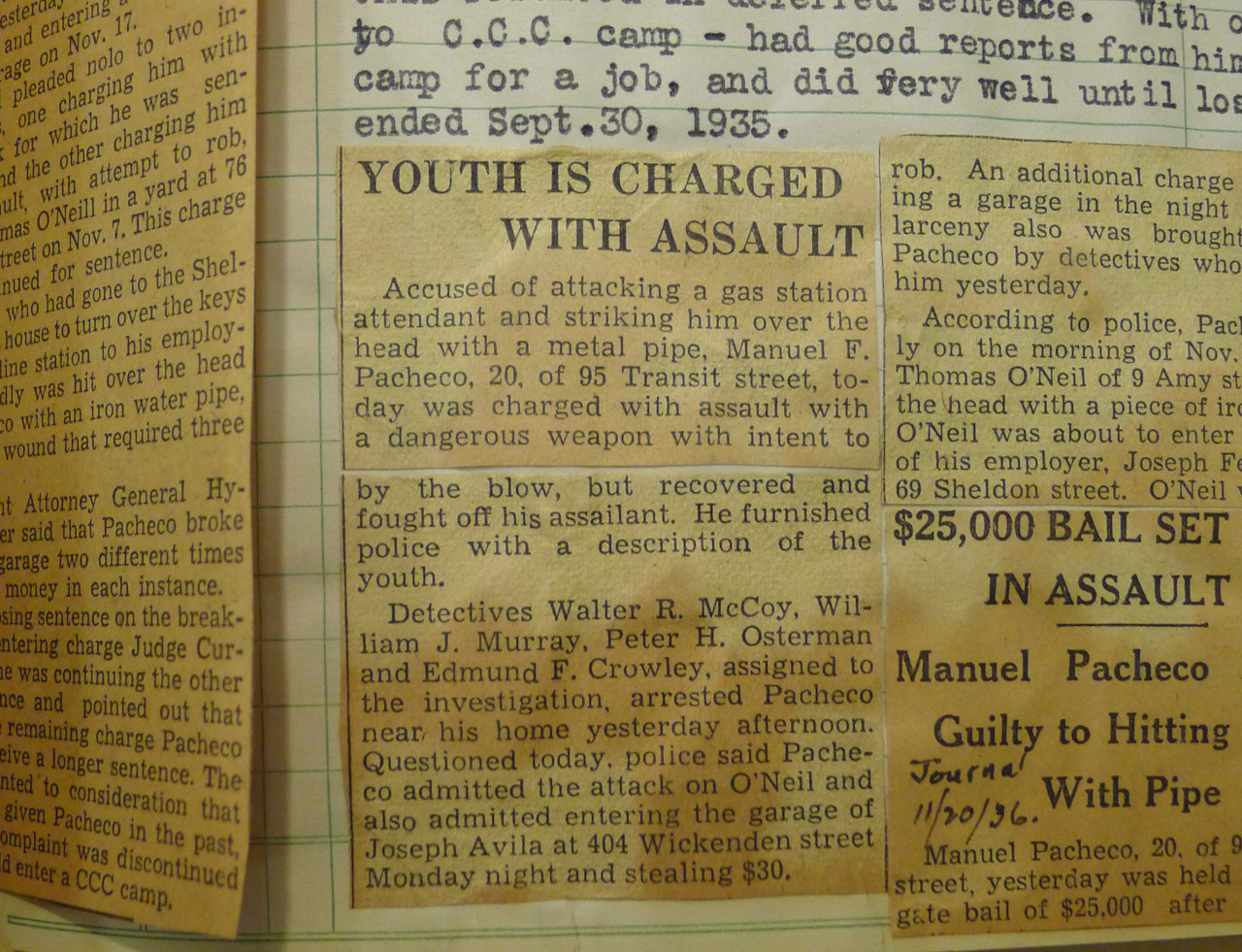 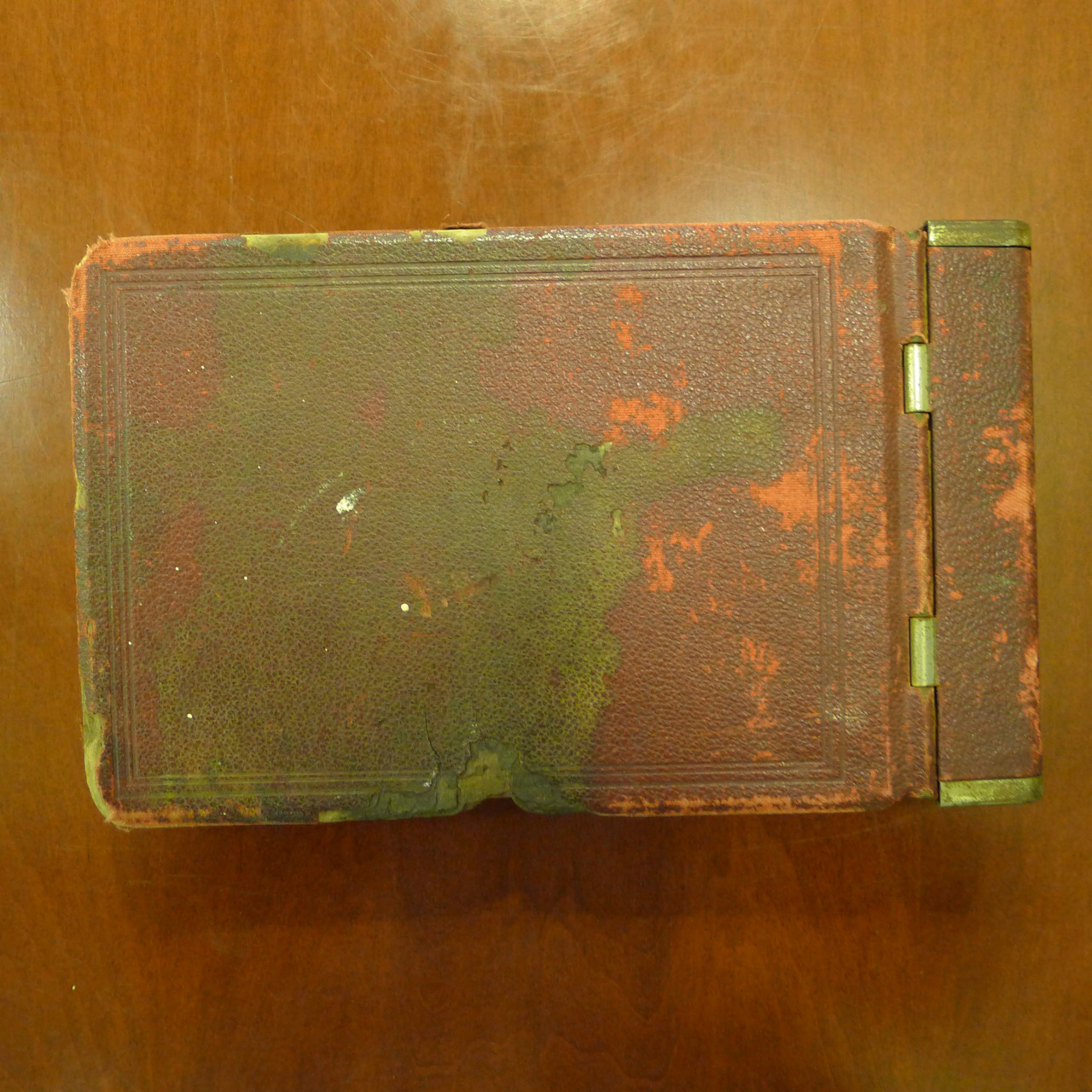