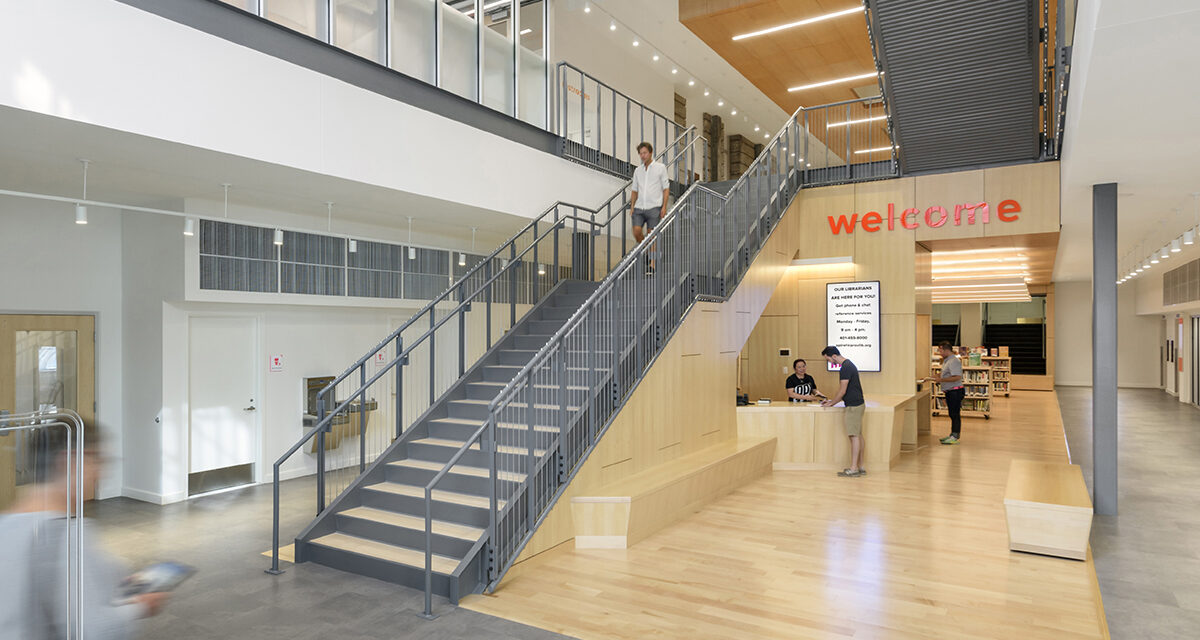 Providence Public Library (PPL) has received a $500,000 grant from the Champlin Foundation toward the Library’s transformative $25 million THINK AGAIN building renovation which officially began in September, the Library announced today. The funding is critical to supporting both interior and exterior remodeling to align the Library’s key physical spaces to PPL’s strategic vision and education program goals, among other necessary repairs.

“This renovation is integral to ensuring that PPL can continue to meet our patrons’ needs effectively and serve as a community hub of learning, self-development, and personal empowerment in the center of downtown Providence well into the 21st century. We are thrilled to have the Champlin Foundation’s continued, generous support for this important work,” said Jack Martin, PPL Executive Director.

PPL’s renovation project will make major infrastructure improvements to its downtown buildings (including parts of the original building on Washington St. built in 1900). The 83,000-square foot project will transform the Library’s 1950s wing — which was last renovated in the 1980s — auditorium, special collections suite and other areas to provide 21st-century library services for Providence and Rhode Island residents.

Funding on Track; Public Invited to View Work and Support

To date, the Library has confirmed pledges, grants, and individual donations to the THINK AGAIN campaign totaling nearly $3 million – including a $450,000 award from the National Endowment for the Humanities – bringing the total of guaranteed project funding up to nearly $17 million. Prospective funders and interested members of the public are invited to take a hard hat tour. Please contact the director’s office at 401-455-8100 for information or to arrange a tour. For more information about the project and supporting it, visit: https://www.provlib.org/think-again/ or contact Erica Busillo Adams at 401-455-8073.

In addition, PPL recently announced receipt of $4.2 million in New Markets Tax Credits (NMTC) equity and $1.6 million in C-PACE financing, both significant sources of funding toward its transformative building construction project. Also, the project will be funded in part by an $8.8 million grant from the Rhode Island Office of Library and Information Services.

The renovation will support PPL’s provision of new and innovative community programs and resources, resolve a number of urgent building needs such as mandatory fire safety requirements and Special Collections preservation measures, and improve the user experience considerably. Some of the exciting changes and additions planned include:

A makerspace and workshop will be located on the ground level that will also serve as the new home for our technology classes, English as a Second Language classes, the Learning Lounge, and workforce development programs. This space will be flexible in style so that both the Library and community groups may utilize it for different purposes.

About PPL
PPL is an independent, non-profit organization founded in 1875, governed by a Board of Trustees, and supported primarily through private funding sources, including its own PPL Foundation. PPL provides services and resources to more than 152,000 visitors annually. The Library also serves as the Statewide Reference Resource Center holding unique collections and resources.