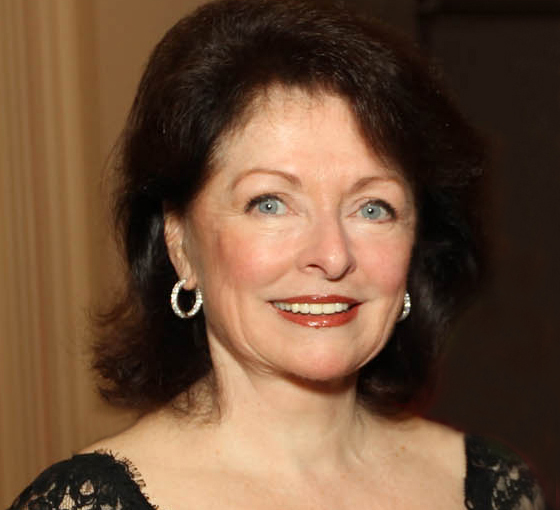 Providence Public Library (PPL) will present Maureen McDonald of Bristol, RI, with its highest honor – The Enlightenment Award – virtually, at its 2021 Savor the Story Gala on May 21. “The Library is proud and thrilled to recognize Maureen McDonald’s decades-long support of and outstanding advocacy for Providence Public Library,” said Jack Martin, PPL’s Executive Director. “Maureen has been a hard-working volunteer and truly committed benefactor of PPL for 40 years.”

PPL’s Enlightenment Award is presented to those who have demonstrated their commitment to and passion for the mission of Providence Public Library, the ideals exemplified by a life of learning, and the value and importance of sharing knowledge. Previous recipients include Senator Jack Reed (2019) and philanthropists Rosalyn Sinclair (2018), Martha Sherman (2013), and Howard Sutton/The Providence Journal (2013).

Maureen’s association with PPL began in 1980 when her now departed husband, Dr. Charles McDonald, first served on the Library’s Corporation and then on the Board of Trustees. Believing deeply in the value of the Library as a vital community resource, Maureen and Charlie subsequently served as two of PPL’s most passionate ambassadors for more than 40 years (Dr. McDonald died January 10, 2021).

While Charlie shared his wisdom, serenity, and intellect over the course of his 20-year tenure, Maureen became very active in the Library’s development activities in 1997. Utilizing her professional public relations and fundraising experience, she became a driving force behind the creation and cultivation of the PPL Conservator Society, the Library’s major donor giving society. She understood the value of the Library and possessed the talent and expertise to reach out to donors, educate them, and continually engage them in PPL’s mission. Maureen served as the Chair of the Conservator Society for nearly 20 years.

“Providence Public Library is such an egalitarian place, as well as a treasure-trove of untold resources and talented staff unlike any other…a shining jewel at the heart of Providence and our entire state. I’ve always found that both raising funds for and recruiting supporters of PPL to be a truly positive and fulfilling experience,” said Maureen McDonald.

Maureen increased awareness, as well as financial support, through unique special events and programs that showcased the Library’s value while appealing to the interests of long-term donors committed to education and lifelong learning. Through her creativity, enthusiasm, and gentle, but outcome-oriented leadership, she succeeded in recruiting and expanding a dedicated group of volunteers to work with her. Largely as a result of her efforts as chair, the Conservator Society flourished and continues to grow and be a critical component in the Library’s ongoing development efforts.

“PPL owes Maureen a debt for her valuable and long commitment to the Society she created and nurtured, as well as for her demonstrated insight and unwavering advocacy – not only for the Library and its mission, but for seeing to it that PPL maintain a strong development function,” said Elizabeth Debs, incoming Board Chair.