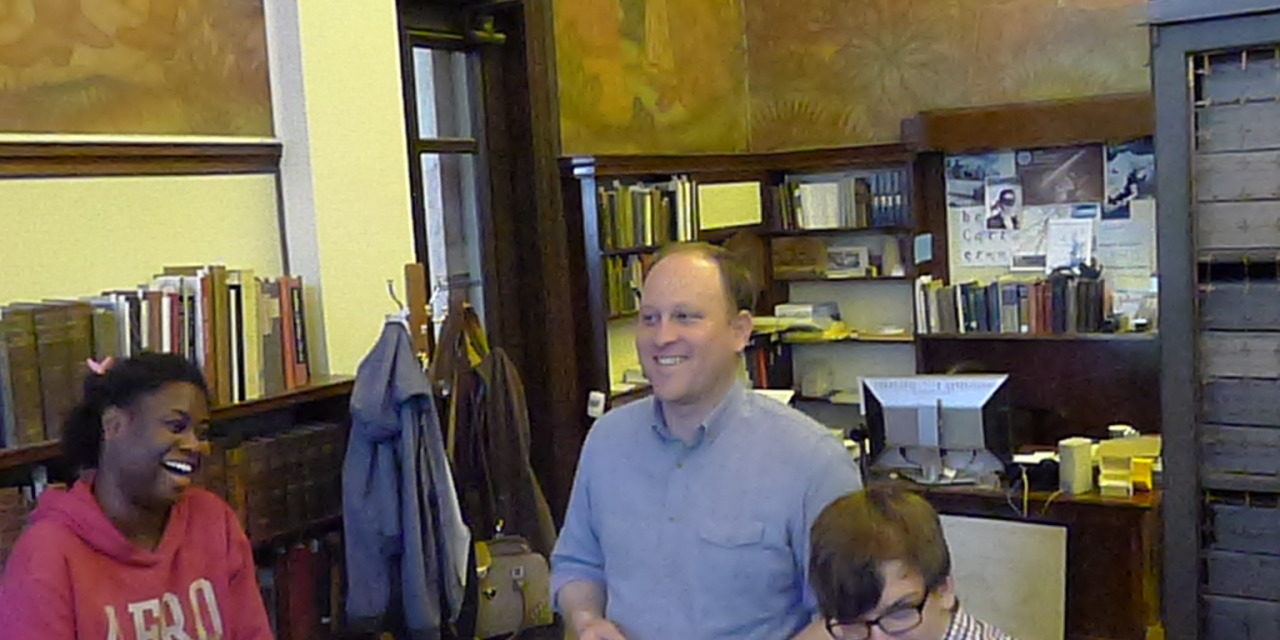 Here are some pics of just a few of my buddies messing things up in the special collection! Here’s Mickey Zacchilli playing with the scrimshawed whale teeth! They even let her keep the gloves!

…And there’s Keegan and Molly forcing Special Collections Librarian, Jordan Goffin to show them the civil war-era bloody collar of a man who was slain and then whose body was mistaken for someone else’s body and then disrespected by a mob.*

These are just 3 of the jokers working on comics, illustrations & activities for the oversized comics newspaper that I’m putting out as part of my Portals 2016 Arts Fellowship! The paper will be available at the accompanying Story Event in the Providence Public Library Auditorium on June 6th 2016 at 6:30pm!!!

* “The Ballou Collar was worn by Major Sullivan Ballou during the battle of Bull Run, in which he died. The collar was recovered by Mr. Nichols of the First Rhode Island Cavalry on March 21, 1862 after the Confederate desecration of his body on the battle field. The collar was then donated to the Rhode Island Soldiers and Sailors Historical Society by Lieutenant Charles A. Towne. When the society was disbanded, its published material, papers, and library were donated to the Providence Public Library. While the majority of the manuscripts and papers were given in an exchange to the Rhode Island Historical Society in 1933, these materials appear to have been kept by the Providence Public Library.”