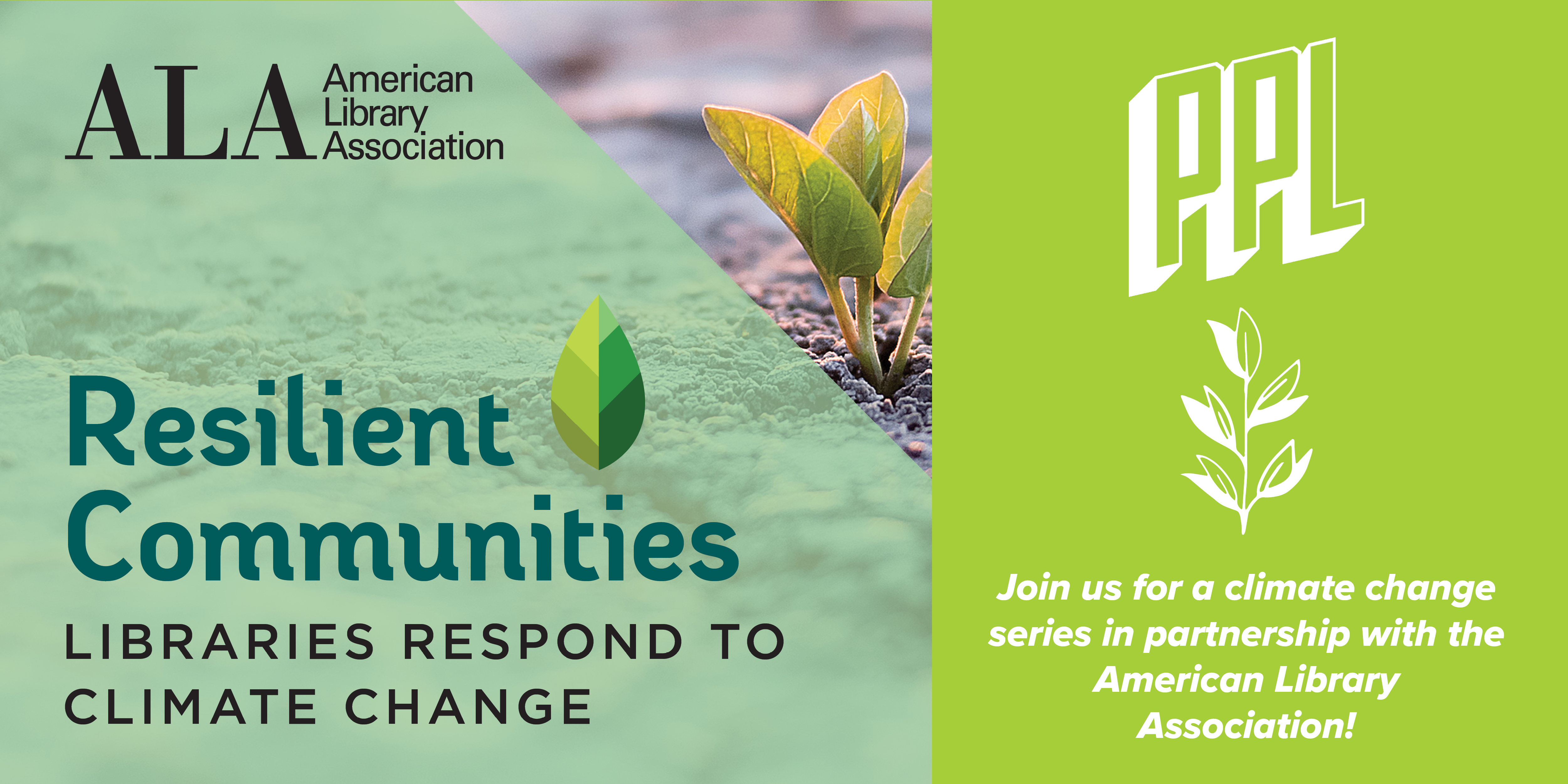 Providence Public Library is one of 25 institutions included in ALA's Resilient Communities: Libraries Respond to Climate Change. The program supports public and academic libraries in efforts to engage their communities in programs and conversations that address the climate crisis.

The goals of this project include:

The Nature of Things Book Club

Current book: Fathoms: The World in the Whale by Rebecca Giggs.

Climate Change: How to Make a Difference (Part 2)

Participants will leave this virtual workshop with the tools to talk about environmental justice and how to bring environmentally friendly practices into their daily lives and make change in their community. This workshop, conducted by Youth in Action’s Outdoor Equity youth group, is intended for adult and teen audiences and builds on themes and content presented in Climate Change: Intersectionality of Environment and Identity Workshop (Part 1). Attendance of the Part 1 event is helpful but not required.

Email akilkenny@provlib.org to register your child.

For more information or to register, please email akilkenny@provlib.org

Participants will learn about climate change and environmental justice issues impacting Providence and beyond. This workshop, conducted by Youth in Action’s Outdoor Equity youth group, is open to adult and teen participants.

Fire & Flood: Queer Resilience in the Era of Climate Change tells the story of Hurricane Maria in Puerto Rico and the fires in Santa Rosa, California, two-near simultaneous climate-related disasters in the fall of 2017, through the voices of LGBTQ people who lived through them and were part of the community response. The film explores the vulnerability of LGBTQ communities to climate disasters and lifts up queer and trans strategies for resilience, transition, and survival.

Panelists include local and regional environmental justice advocates. The panel discussion will revolve about the film, climate change's impact in Rhode Island, and the intersectionality within the climate justice movement, specifically with regards to the LGBTQ and BIPOC communities. Participants will be able to ask panelists questions during the event.