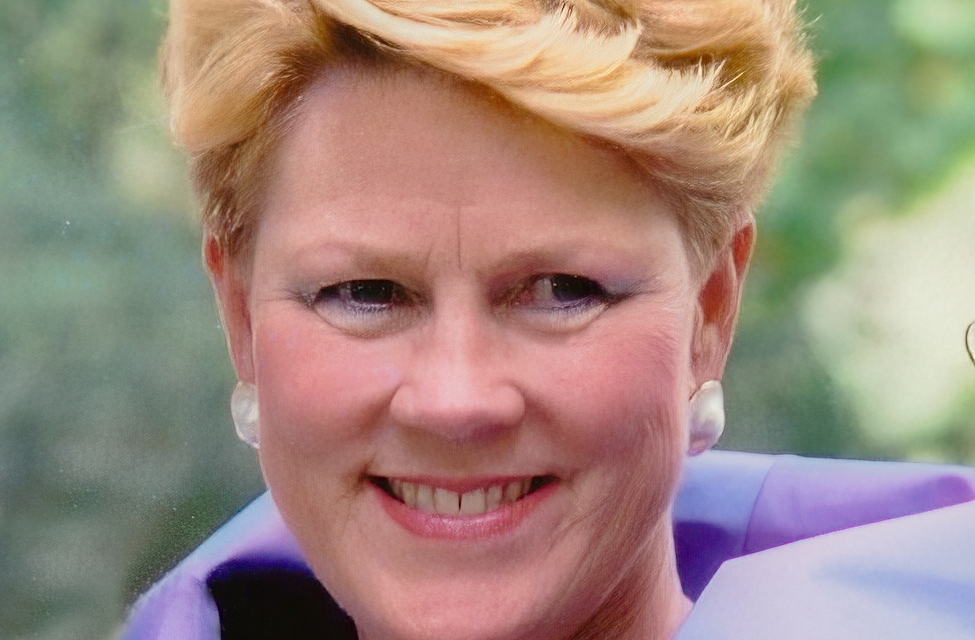 Providence Public Library (PPL) proudly presented Barrington resident Mary B. Olenn with its highest honor – The Enlightenment Award – at its 2022 Savor the Story Gala on April 29. “The Library is extremely proud to claim Mary Olenn as an esteemed member of PPL’s family for nearly 50 years and sincerely honored to take this opportunity to acknowledge her unmatched contributions to the Library and the critical roles she has played in ensuring our future,” said Jack Martin, PPL’s Executive Director.

PPL’s Enlightenment Award is presented to those who have demonstrated their commitment to and passion for the mission of Providence Public Library, the ideals exemplified by a life of learning, and the value and importance of sharing knowledge. Previous recipients include Maureen McDonald (2021), Senator Jack Reed (2019), Rosalyn Sinclair (2018), Martha Sherman (2013), and Howard Sutton/The Providence Journal (2013).

When Mary Olenn first walked into the Mount Pleasant Library —her local neighborhood branch of Providence Public Library (PPL) — nearly 50 years ago, young children in tow, she could hardly know what lay ahead for her! Thus began Mary’s love affair with PPL, one grounded in a firm belief in public libraries as central hubs of education and essential to a community’s well-being. Mary became a founder of the Mount Pleasant Friends in 1981, dedicating herself to the mission of Providence Public Library and never looking back!

“From when I was a child, I couldn’t imagine not having a book to read. I’ve always relished libraries … to me they are the heart and soul of a community and a key to our system of democracy. Libraries are safe places, somewhere everyone can go to immerse themselves, work on improving themselves and their lives, and freely take things home! What a wonderful idea!” said Mary B. Olenn.

A nurse by profession, Mary used her voice and her role as a public health advocate to implement first-of-their-kind public health and wellness programs statewide, including working to enact smoke-free public and workplace legislation. In fact, she was instrumental in making Rhode Island College the first post-secondary school in the state to institute a smoke-free policy.

But it was Mary’s love of reading and learning, as well as her passion for sharing this love, that led to her becoming PPL’s “friend extraordinaire.” Shortly after helping to launch the Mount Pleasant Friends, she joined PPL’s Board of Trustees in 1982, becoming — at the time — one of only a handful of women to serve the organization in that capacity. Mary took on a variety of responsibilities on the Board, quickly ascending to the executive committee. Along the way, she found her true calling — serving in development roles on behalf of the Library, conceiving of and planning a variety of notable fund- and “friend-raising” ventures and events. Recognizing her work in 1995, the Rhode Island Association of Fundraising Professionals (AFP-RI) honored Mary as PPL’s “Partner in Philanthropy.”

With boundless enthusiasm, Mary cast her net wide when it came to enlisting library supporters and working to elevate PPL’s profile through truly remarkable events, many still remembered to this day. Whatever she could do to take an event or experience to the next level, she did!

She led the charge on the Library’s 2000 Capital Campaign to renovate its branches, helping to initiate the PPL Conservator Society, and serving as Vice Chair of Institutional Advancement. In 2001, Mary was once again in the spotlight, this time honored by the YWCA of Rhode Island with its Outstanding Woman in Public Service Award.

With Mary’s track record and inspirational leadership, it should come as no surprise that she would be destined to achieve a significant first in PPL’s history … that of becoming the first woman Chair of the Library’s Board of Trustees from 2004 – 2006. As Chair, she strove simultaneously to continue to diversify the Board and foster the outstanding support the Library received for its renovation campaign.

While overcoming challenges throughout its history was nothing new, PPL faced a particularly uncertain future during Mary’s tenure as Chair. Passionately committed to steering the Library through troubled waters, Mary took important steps to ensure PPL’s viability as a self-supporting organization. In what is considered her single most notable act as board chair — and key to PPL’s sustainability today — she proposed and oversaw the creation of the PPL Foundation, funded by the Library’s endowment.

“For this significant undertaking and many acts — large and small — over the course of her nearly half a century of association with and service, PPL owes Mary Olenn an immense debt. Recognizing her as the Library’s 2022 Enlightenment Award honoree is a start,” said Elizabeth Debs, Board Chair.