My Library Account
Skip to content
Come in for a tour!    |  Conneibrary/ask-act With Us    |    NEW - Visit PPL's Market!
Jump to Research & Collections navigation 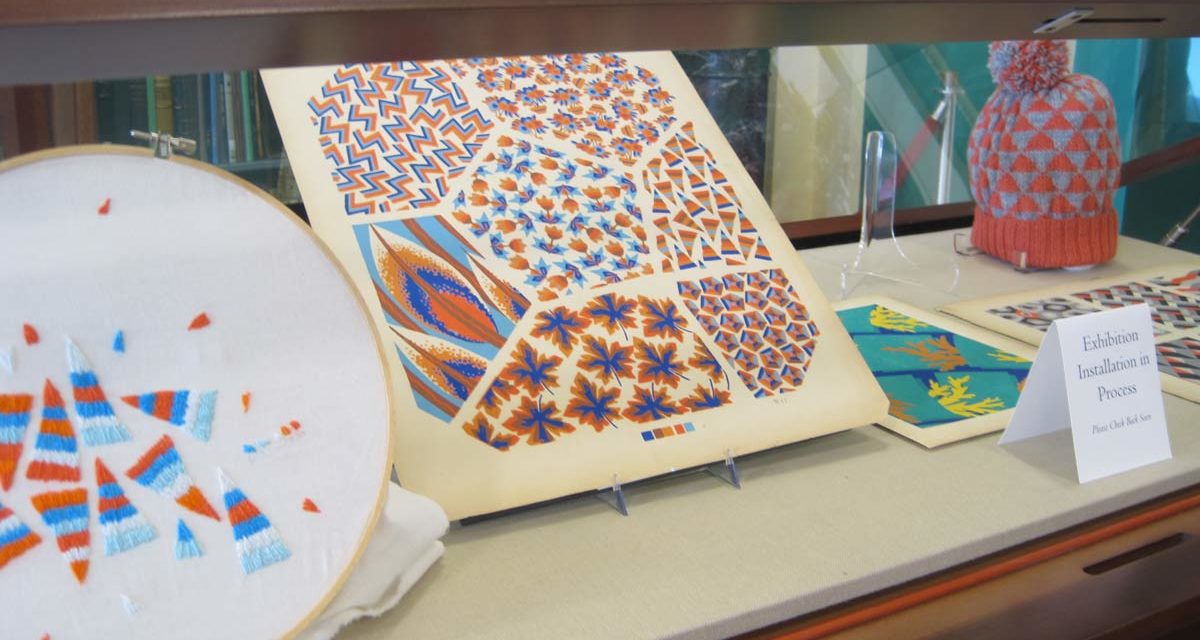 Find out how artists, makers, and designers have used PPL's collections as inspiration and source material, read about past projects and collaborations, and learn more about how you can use our materials to support your own creative pursuits.

Work With Our Collections

Providence Public Library’s Special Collections serves as a resource for area artists developing projects, performances, and exhibitions; we also plan and host events encouraging local artists to make new creative work utilizing our collections. Below are some past creative projects. View our gallery for more examples of work from the collections.

Iterations was an exhibit on display during the summer of 2015, featuring 20th century pochoir-printed pattern books alongside modern creations by local artists.

Pochoir is a many-layered stenciling process that produces extremely vivid and dimensional prints; it was particularly popular in late 19th and early 20th century Paris, and was used for fashion plates, interior design illustrations, architectural prints, and pattern and motif books like the ones featured in Iterations.

The Whale Guitar is a one-of-a-kind, hand-made electric guitar. Details of its design were inspired by items in the Library's Nicholson Whaling Collection. The guitar was on display at the Library in the spring of 2014; the exhibition opening featured a discussion by the artists who designed and built the guitar and performances by local musicians.

The Wonder Show was an ongoing project in Providence that presented local stories through modern reinterpretations of magic lantern shows, a projection format that entertained and educated audiences before the dawn of cinema.