My Library Account
Skip to content
Our upper levels & stacks are now open & hours expanding next week!  We are closed Fri. & Sat., June 18 & 19. Reopening News  |  En Español  |  Connect With Us
Jump to The Updike Collection on the History of Printing navigation

If a printer is filled with a desire to improve his output, such a collection will be of help, not merely in the production of individual pieces of work, but in broadening and improving the mental outlook which he brings to his work as a whole. If a printer does not care how his work looks, this Library will not only be wasted on him but its implications will make him uncomfortable.

The Daniel Berkeley Updike Collection was opened to the public in 1937, and Updike intended it to be a source of learning and inspiration to printers with a desire to elevate their craft through the study of the history of printing. The Updike Prize for Student Type Design was created in the same spirit, rewarding undergraduate and graduate students who make use of the Updike Collection in their creation of a new typeface or typeface family.

Applicants must conduct at least one on-site visit* to use type specimens in the Updike Collection within 24 months of the application deadline, and they must be enrolled in an undergraduate or graduate program during the time of their visit. Only one typeface family may be submitted per year, per entrant; re-submissions, especially of further refined typefaces, are encouraged.

Applicants will retain full intellectual rights to the typefaces they submit for the competition. One use license will be granted to Providence Public Library for promotional purposes.

* Virtual research visits are acceptable for the 2021 prize. Make an appointment here.

Applications are due in September of every other year and accepted on a rolling basis. The current deadline is 5:00 PM, 10 September 2021. Applications may be submitted by email to jgoffin@provlib.org or by mail to:

Applications will consist of three parts:

First Prize includes $500. Up to two runner-up prizes may also be awarded, and all finalists will receive gift certificates to our sponsor, Paperworks.

Thanks to Paperworks and Occupant Fonts for generously sponsoring the Updike Prize.

The Updike Prize rewards undergraduate and graduate type designers whose work has been influenced by materials in the Updike Collection at Providence Public Library. Whether students choose to revive a historic typeface or to create a new typeface inspired by an earlier design, applications are judged on the quality of the specimen, the quality of the typeface submitted and how creatively and thoughtfully it interprets a historical model.

Each prize year we host a celebration of our student type designers with an award ceremony featuring an invited lecturer or panelists. Follow us on Twitter for the latest information. 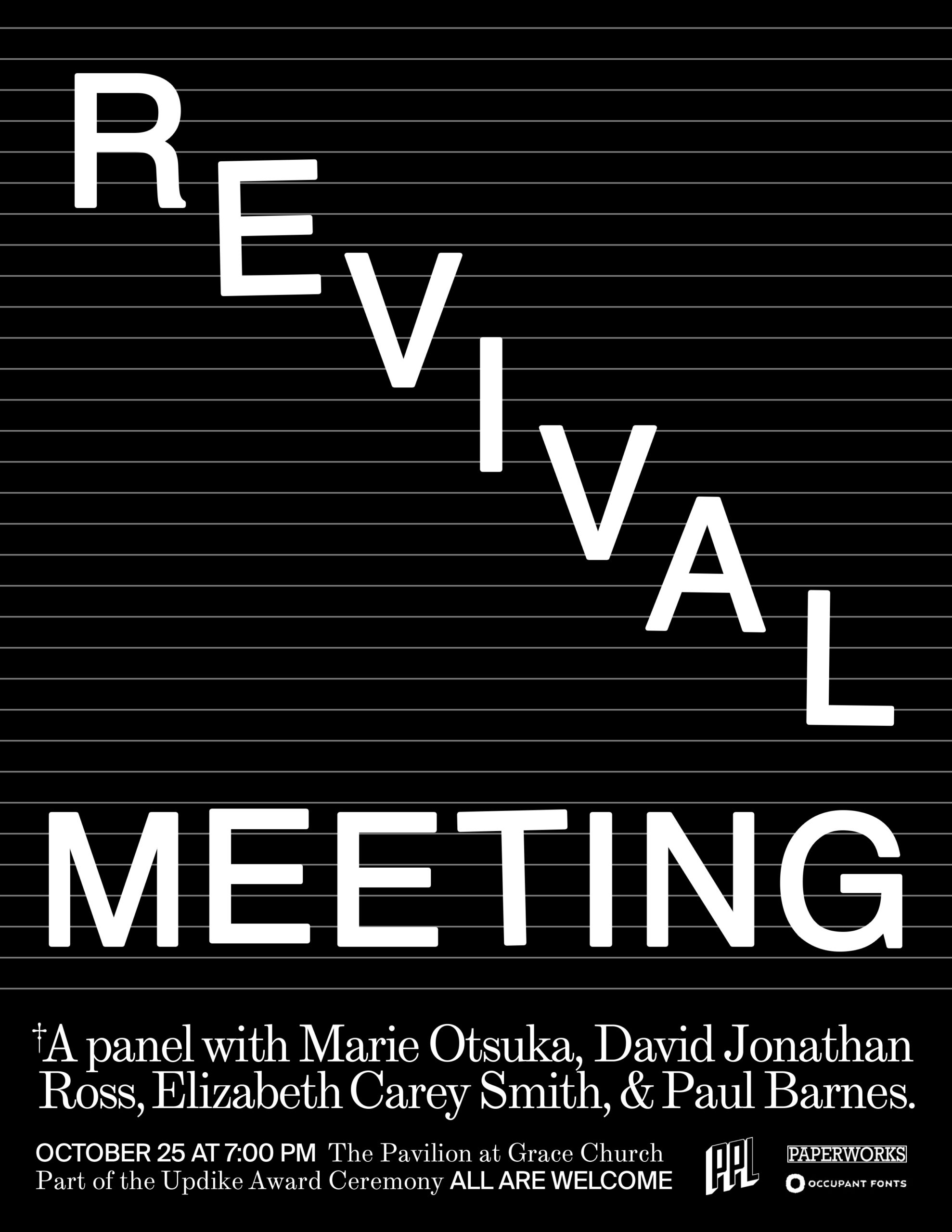 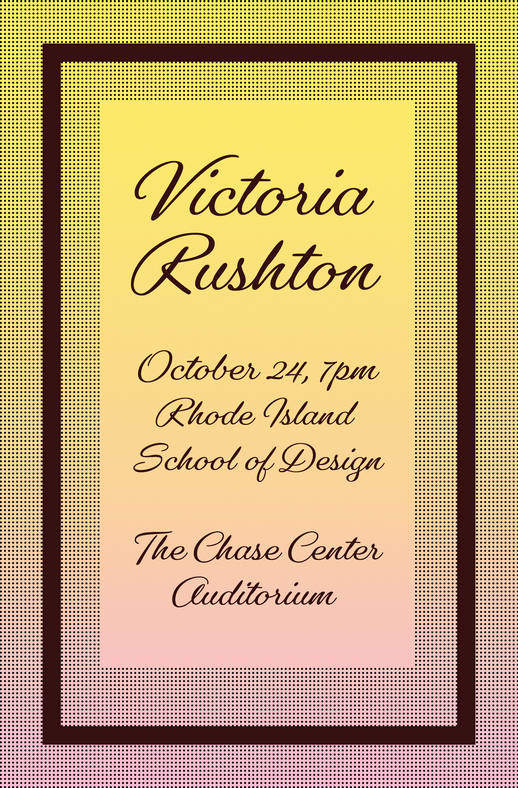 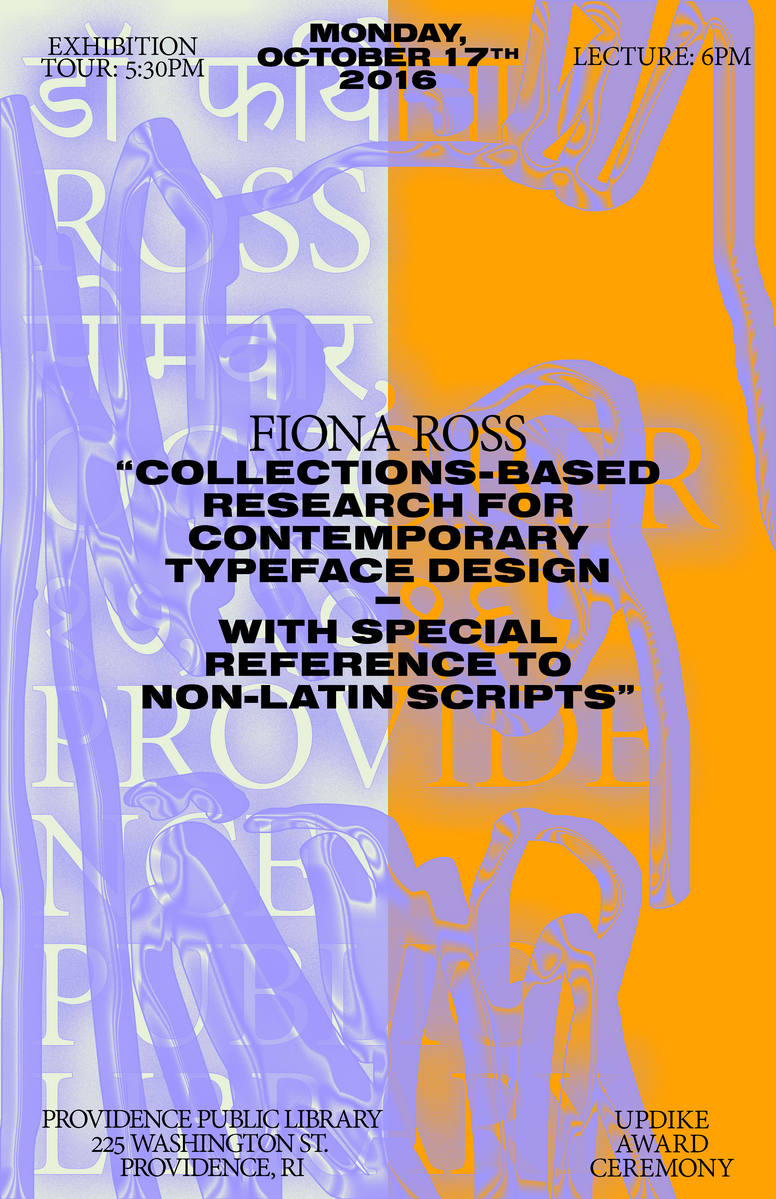 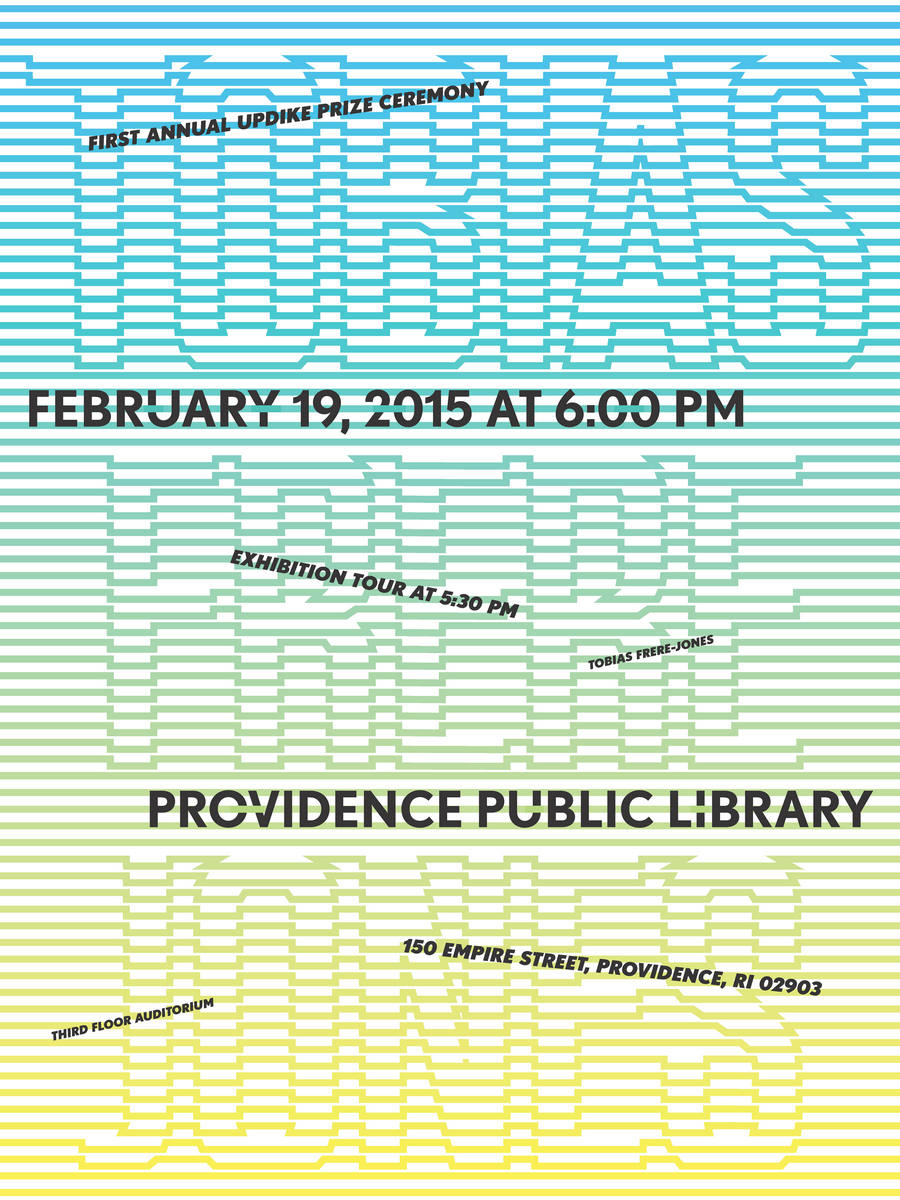 Previous speakers at the Updike Prize Ceremony have included:

(The examples provided here are not intended as templates. Applicants are encouraged to demonstrate their own creativity in designing a specimen that best displays their typeface.)